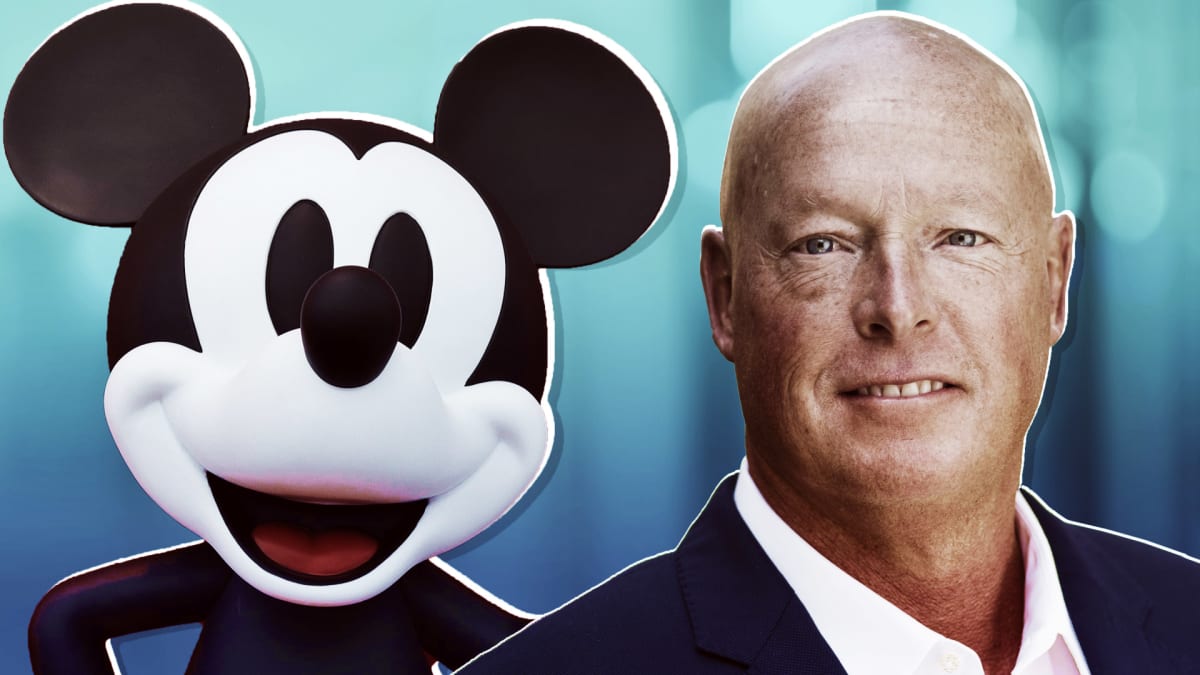 The Mouse House made a lot of wrong moves on the way to making the right one for shareholders.

When Walt Disney (DIS) – Get Free Report CEO Bob Iger stepped down as CEO in favor of Bob Chapek, a successor he played a part in picking, he did not want to leave and the board of directors did not want him to go. At the time, the change was made more due to company tradition about the age of its CEOs than because either party wanted it to happen.

At first, Iger did not actually leave, he became executive chairman overseeing the company's creative endeavors. That made him sort of shadow boss and, well, he cast a long shadow over Chapek.

The problem is that while many believed Iger was still the man calling the shots, that wasn't actually true (mostly). Chapek, as the new CEO, reorganized the company which created a rift between the two men and made it impossible for Iger to stay.

Basically, this was NBC trying to appease both Jay Leno and Conan O'Brien by giving O'Brien “The Tonight Show” and moving Leno to 10 p.m. That move doomed O'Brien to failure and set the stage for Leno to take his job back.

Iger was always a looming presence over Chapek's tenure and his very existence and availability made this outcome more or less inevitable.

Chapek Made Mistakes, Disney+ Was not One

Part of why Chapek lost his job was that Disney had huge losses in Disney's streaming business. The company reported a $1.47 billion loss in its Direct-to-Consumer (DTC) segments, That seems like a big number, but it was in line with expectations and the company has long communicated about the spending arc for Disney+.

Chapek spoke about it again during the company's fourth-quarter earnings call, mirroring statements he has made since the launch of the service.

Our financial results this quarter represent a turning point as we reached peak DTC operating losses, which we expect to decline going forward. That expectation is based on three factors: first, the benefit of both price increases and the launch of the Disney+ ad tier next month; second, a realignment of our cost, including meaningful rationalization of our marketing spend; and third, leveraging our learnings and experience in direct-to-consumer to optimize our content slate and distribution approach to deliver a steady state of high-impact releases that efficiently drive engagement and subscriber acquisition.

Basically, Disney+ has performed better than expected and has beaten all growth plans. Chapek spoke about that as well.

It has taken just 3 short years for Disney+ to transform from a nascent business to an industry leader. That transformation is the direct result of the strategic decision we made at launch to heavily invest in our Direct-to-Consumer offering, a decision made knowing that achieving rapid growth would result in short-term losses. Building a streaming powerhouse has required significant investment. And now with its scale, incredible content pipeline and global reach, Disney+ is well-situated to leverage our position for long-term profitability and success.

Chapek did what he said, stuck to the plan, and hit every milestone he said he would. Somehow, that still “spooked” investors who got concerned over the losses actually happening as opposed to balking at the initial plan that clearly included those losses.

Iger Never Should Have Left

Bob Iger never should have left as Walt Disney's CEO. He never wanted to, the board never wanted him to, and his successor was hardly a huge star that the company was looking to keep from leaving. This wasn't NBC moving Jay Leno to hold onto Conan O'Brien, it was closer to if NBC had moved Leno in order to keep Carson Daly.

Had there never been a pandemic, perhaps Chapek would have survived, and eventually Iger's shadow would have faded. Instead, the new CEO had to deal with his predecessor being better than him and still available while dealing with a crisis where success meant keeping things from becoming a total disaster.

Disney was always better off with Iger in the big chair, The board did Chapek wrong by giving him the job and again by firing him. Now, Iger has a two-year deal, but Disney would be smart to let him keep the job until he wants to leave or until a clear successor is in place.

Feds Nudge Airlines to Let Families Sit Together on Planes