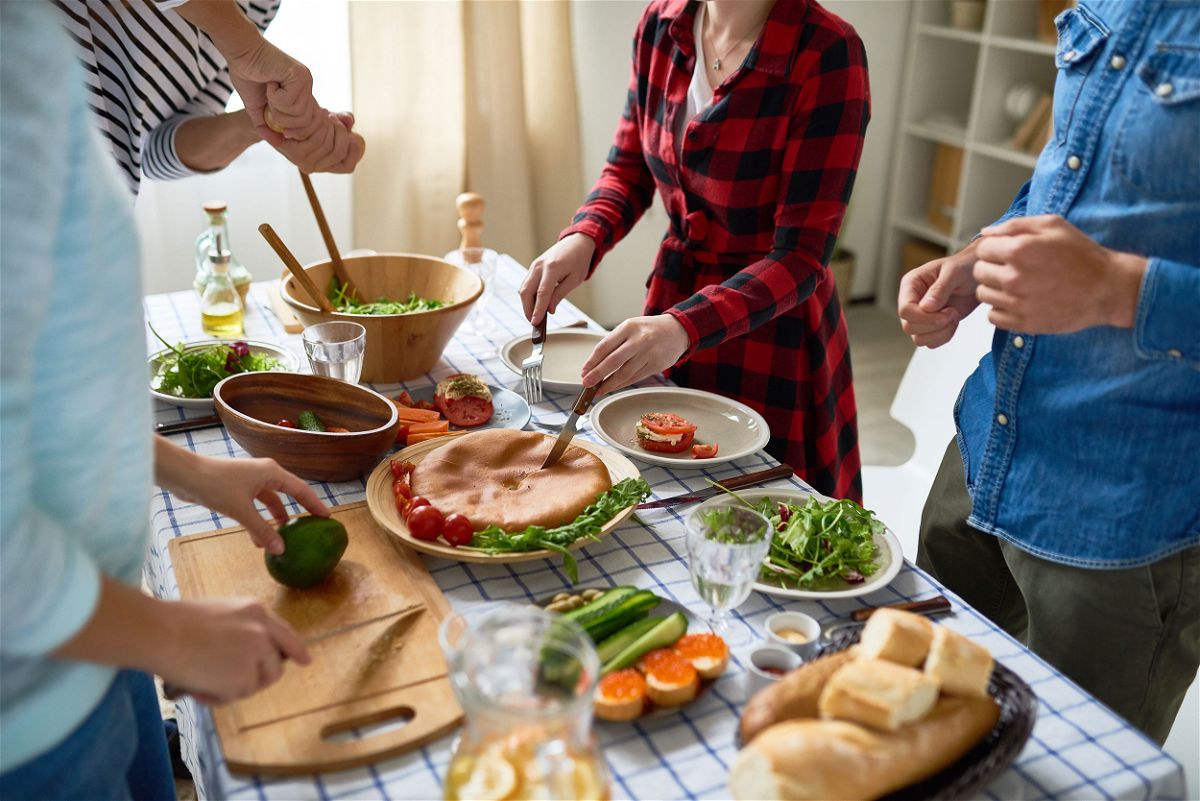 The table is set, friends and family draw near, and you already know what comments or questions are going to come your way.

Maybe the remarks are about food, your weight, money, relationships, career or kids — whatever the topic may be, the position you’re in isn’t unusual.

For many people, the holidays aren’t necessarily the most joyous time — often because we are anticipating conflict or inappropriate interrogation, said Dr. Roseann Capanna-Hodge, a psychologist based in Connecticut.

But instead of silently seething or lashing out, she recommends setting boundaries, she said.

Setting boundaries might seem like the start of a fight, but it’s just a way to communicate what your needs are and what you are OK with, said Kami Orange, a boundary coach based in southern Utah.

Boundaries are hard, though, and it takes some preparation to know how to respond instead of reacting to protect your feelings, Orange added. Here’s how to get started this holiday season.

Step one is to make a plan, said therapist Jennifer Rollin, founder of The Eating Disorder Center in Rockville, Maryland.

Before the get-together, think about what your needs are and what a friend or relative might say that would trigger you, she added.

“Decide in advance, these are comments that are triggering for me, and these are some things that I would say back to it,” Rollin said.

It can also be helpful to identify your goals for the evening, Capanna-Hodge said. You might not be able to help everyone get along, but you can succeed in spending time with your aunt whom you don’t see often or playing with your nephew, she added.

“You’re not going to solve 30 years of family problems on the Thanksgiving table or the Christmas table,” Capanna-Hodge said.

But you can still curb conflict by coming up with a list of safe topics ahead of time to redirect to when the conversation turns to a subject that could be fraught, Capanna-Hodge said. And a preholiday conversation about what you will or won’t talk about can be helpful, too.

Try to be gentle, using “I” statements, like “I can’t talk about this subject when we get together because I get uncomfortable” — that way your response sounds less accusatory, she added.

And don’t be afraid to have a little fun with it. Maybe make a jar that people have to put money in when the taboo topics are mentioned or make a bingo board with your partner or siblings that you can check off with a laugh when someone says something inappropriate, Capanna-Hodge said.

You can download a bingo board here and fill in the blanks with the comments you are anticipating. Or you can screenshot and mark it up on your phone.

‘Did you put on weight?’ or ‘Should you be going for seconds?’

Whether critical or well meaning, comments about weight or what’s on your plate can be triggering, Rollin said.

“It’s important to reframe it for yourself and to recognize that the comments people make about food and weight says a lot more about the person commenting than it does about you,” she said. “Often people who themselves are focused on their own bodies and eating patterns are the ones more likely to comment on others.”

You can be direct by saying something like “I get that you’re excited about your diet, but I am working on healing my relationship with food so I’d rather we not talk about it,” Rollin said.

Or you can be more playful when it comes to questions about weight loss with “I’m just thankful that my body does so much for me every day” or “I don’t know. I don’t focus on my weight.”

And if the body-shaming talk continues or you don’t feel comfortable saying something, feel empowered to excuse yourself from the conversation, Rollin said.

‘Why are you still single?’

With comments about your love life — or lack thereof — Orange said she likes to give two chances to the person inquiring. The first time, she suggests redirecting the conversation to something they like talking about.

The second time, you can use a response like “When I figure it out, I’ll let you know” to indicate indirectly and gently that you don’t want to continue to conversation, Orange said.

If you are talking to someone one-on-one (don’t try this in front of a group), you can attempt to curb future talk on the topic by addressing it directly, she said.

Orange suggests setting a boundary with a phrase like, “I know that your intention was (X) but unfortunately the impact of (Y) made me feel really uncomfortable so in the future can you please not do that.”

For bonus points, redirect them to what they can do instead that is helpful, Orange said.

‘When are you (getting married/having kids)?’

Remarks about marriage or growing your family can really amp up the pressure, but often they come from a place of love and excitement, Orange said.

Start by redirecting with a nice comment and a new conversation like: “I love how much you love love and you want everyone to be as happily partnered as you are. Remind me, how did you meet Uncle Gary?” she said.

But sometimes, even if the intention is good, the impact hits on a painful point — like if someone asks a person with infertility issues about growing their family.

If you are trying to conceive, start by talking with your partner about how open you want to be and with whom, said Rachel Gurevich, a nurse and fertility writer.

Then you can either stop the conversation short with a direct statement like “I actually don’t want to talk about that” or some humor like “Well, I’m sure you don’t want to know about something that personal,” she said.

Or, if you trust those who are asking, you can open up and ask for the support you need, Gurevich said.

‘Can you believe that election?’

Some people can talk diplomatically about politics, religion and other sensitive topics — some cannot.

But how do you shut down talk that takes it too far?

Sometimes people are looking for an argument, but that doesn’t mean you have to join in, Orange said. When possible, ignore the comments or redirect by breaking out the pie, Capanna-Hodge said.

If you need to address a zealous stance, you can take it head-on with something like “We’re not on the same side of this and I’m sure neither of us is going to change our minds tonight, so why don’t we talk about something else?” Or keep it short: “I see that differently.”

When it’s time to go

What about if you’ve tried all those statements and you still find yourself not having a good time?

“Sometimes the physical removal of yourself from a situation is the best boundary,” Orange said.

It doesn’t have to be a blowup — you might even decide before to make up an excuse that allows you to leave once it stops being fun, she added.

“Holidays are about connection, and if that connection feels awful, it doesn’t have to happen,” Capanna-Hodge said.

The post What to say when someone lobs a horrible comment your way over holiday dinner, according to experts appeared first on KION546.

What Are ‘Never-Coviders’ and How Can They Help Us End the Pandemic?